Foreign investors are calling for scrapping the stipulation that investors must have funds and securities beforehand to trade.

This is excessive regulation, Scriven said, especially since it applies to both investors and brokerages.

The regulation is out of touch with international and regional best practices, which apply this only to brokerage firms and not investors, he noted.

The working group proposed amendments to the Securities Law to remove this requirement while ensuring market safety.

In most markets around the world, “short” selling and buying without putting up money upfront are allowed, meaning investors can buy stocks without having to have money in their account or sell without possessing a stock. They are subsequently allowed to square off the transaction or pay cash as the case may be. 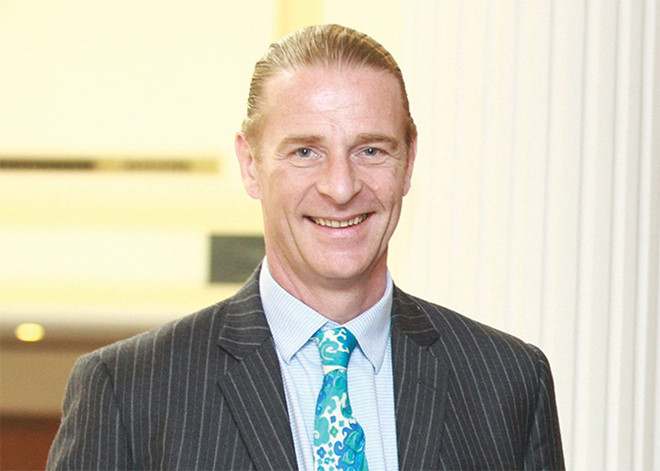 Scriven also proposed allowing non-voting depository receipts (NVDRs), saying this would allow foreign investors to invest in public companies and listed firms even after the foreign ownership cap is reached.

“NVDRs may help resolve two issues. Firstly, the government can still keep a check on foreign equity in line with existing laws and international treaties. Secondly, the legal status of a company does not change when the foreign equity ratio passes 51 per cent.”

Pham Hong Son, vice chairman of the State Securities Commission (SSC), said the SSC is seeking market stakeholders’ comments on amendments to the Securities Law, and many proposals are under consideration.

He said the government plans to introduce stringent requirements to improve the status of Vietnam from a frontier to an emerging market.

“In fact, certain key criteria for the upgrade such as size, market transparency and information disclosure are basically met.”

The combined $230 billion is quite large and exceeds the ratio of 80 percent of GDP set by the government last year, the working group said in a report. 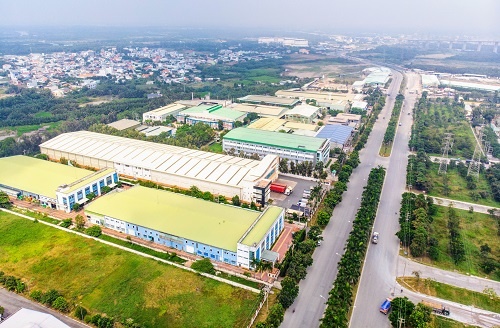 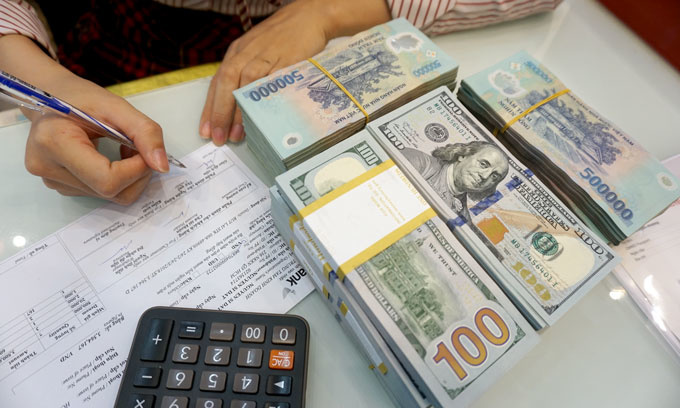 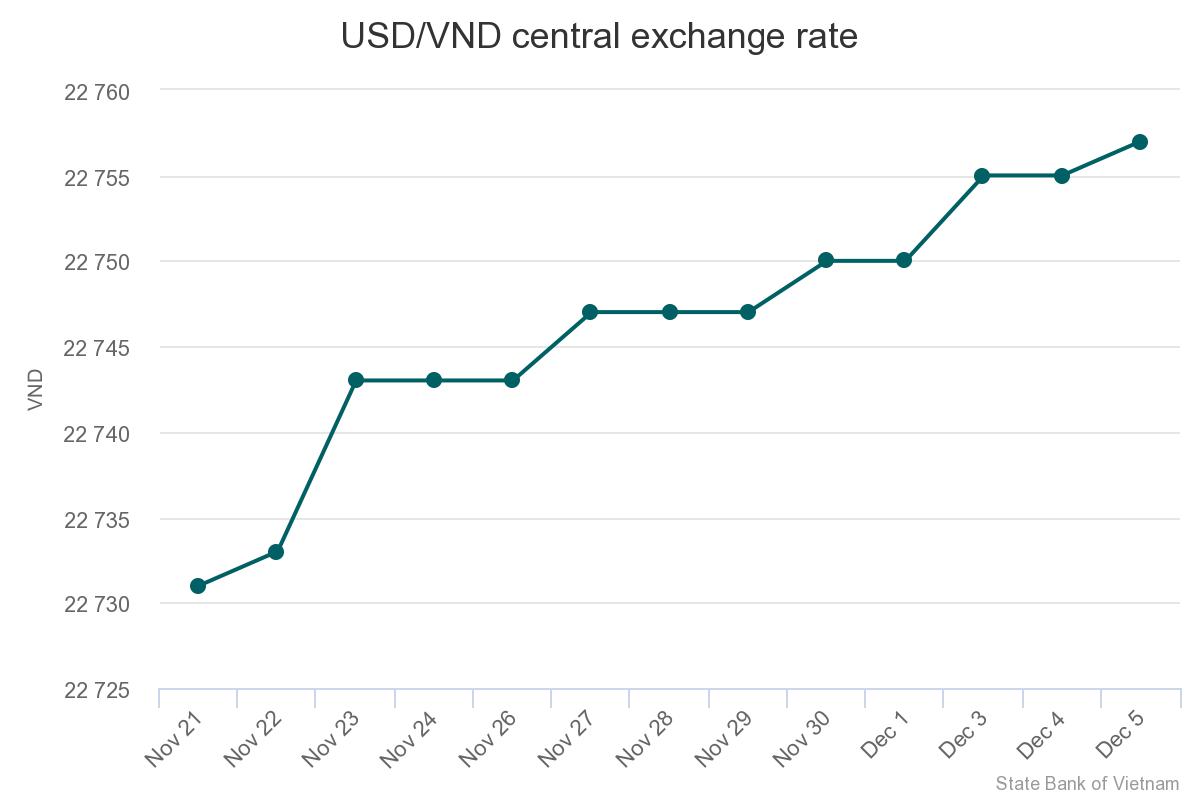 We should change the way we think, look beyond the country and become part of the world community as it has shrunk, Deputy Prime Minister Vu Duc Dam said.

This has been made possible thanks to closer connections and exchanges, Deputy PM Dam said while delivering the opening speech titled “Promoting National Entrepreneurship” during a National Start-up Initiative workshop took place in Ha Noi yesterday. 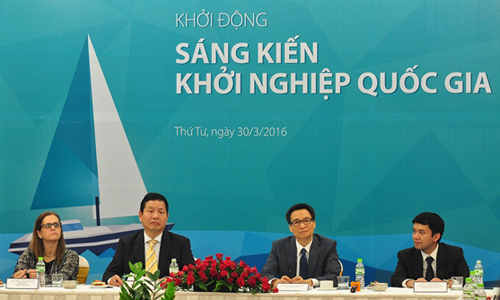 Dam said suitable policies played an important role in creating a favourable environment and conditions for enterprises, including the start-up business community. However, just untying and removing obstacles to create a favourable environment and ecosystem was not enough. One needed to accelerate the implementation of these policies for everyone and all businesses to have opportunities to develop their start-up movement and strong growth.

The leader said that the strong growth of ICT today was making the world smaller. “We must change our thought process to grasp and bring into full play our advantages in science and technology.”

The Deputy PM said that the Vietnamese government was willing to invest and join hands with private investors to support the national start-up initiative from inventors.

“The Vietnamese government would continue to work with you to develop policies to create the most favourable conditions for the start-up community and incubators,” Dam said.

Dean of Ha Noi University of Technology Hoang Minh Son told participants that to make a success of the national start-up one needed to have excellent innovative ideas and a firm base of knowledge.

Son said businesses should assist young people in R&D and make them a driving force in joining the national start-up initiative programme.

At the seminar, participants also discussed such topics as the role of each component in the start-up ecosystem, how to build a start-up ecosystem from the perspective of science and technology, spotting the key problem which needs solving in order to promote entrepreneurship in Viet Nam, as well as proposing initiatives to make Viet Nam a start-up nation.

The fund aims to train, invest and support start-up groups in the fields of information technology, mobile, Internet and finance so that they would become successful businesses. The first start-up accelerator training course of VIISA is expected to officially open in the second quarter of 2016.

The establishment of VIISA was in response to the national programme to build Viet Nam’s start-up ecosystem launched by the Ministry of Science and Technology. VIISA will create a new start-up ecosystem to help ensure that Viet Nam will have 5,000 technology companies by 2020. The founders affirmed that they would try their best to make VIISA a centre to connect Viet Nam’s start-ups with businesses and investors around the world. Currently, FPT and Dragon Capital Group, are calling for more names among Top 500 enterprises in Viet Nam as well as funds and start-up incubators worldwide to build and develop VIISA.

Executive Chairman of Dragon Capital Group, Dominic Scriven OBE, said, “We believe in the information technology and mobile revolution. We think the growth engine of the economy in the next decade will lie with innovative start-ups that we see today. By starting to work on this programme, we do hope to accelerate the commercialisation and the application of innovative technologies in Viet Nam.”

After the declaration of the establishment of VIISA, the founding members signed a memorandum of agreement on the development of start-up activities at universities and high schools including VNU University of Engineering and Technology, Hanoi University of Science and Technology, FPT University and Hanoi – Amsterdam High School.

The seminar was attended by around 50 guests from the Ministry of Science and Technology, Ministry of Education and Training, VINASA and representatives from other important components in the start-up ecosystem such as investment funds, enterprises, associations, and educational institutes.